This is a dish I definitely remember my mama making growing up. I rarely helped in the kitchen which I now kick myself for, but I do remember helping her with stuffed bell peppers. After she would cook the beef and rice, she would pour it in a large ziploc bag and add in the rest of the ingredients. She would seal the bag and I could shake it and mix it all up. Or at least this is how I remember it… 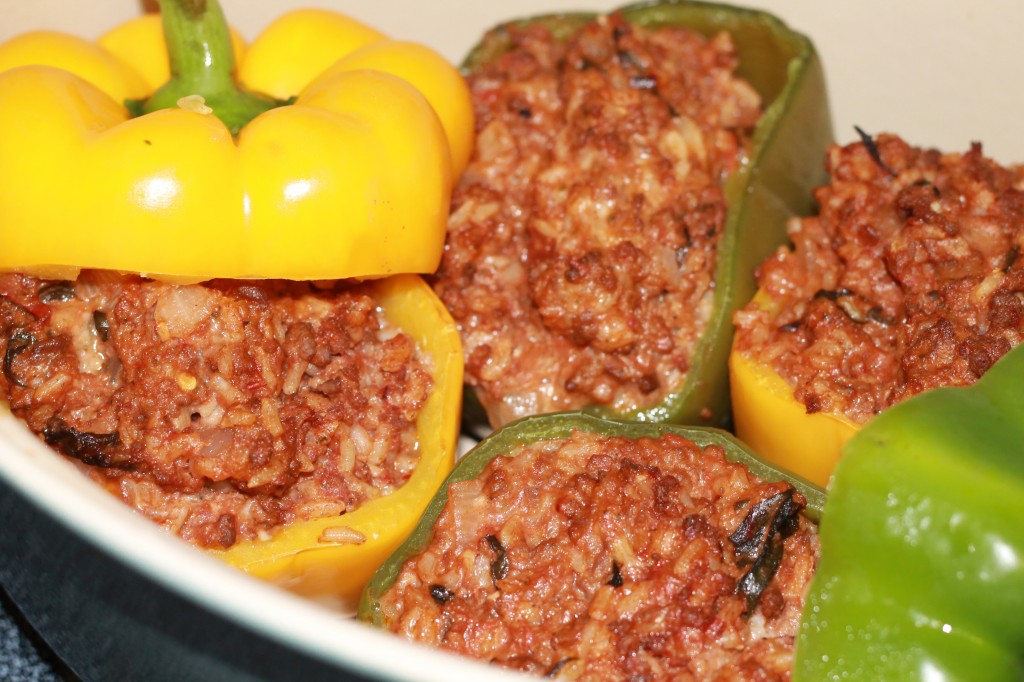 I took most of the same ingredients she used but added a little kick with the red pepper flakes and to add another layer of flavor I added some sauteed swiss chard. Not to mention it makes it a little healthier. 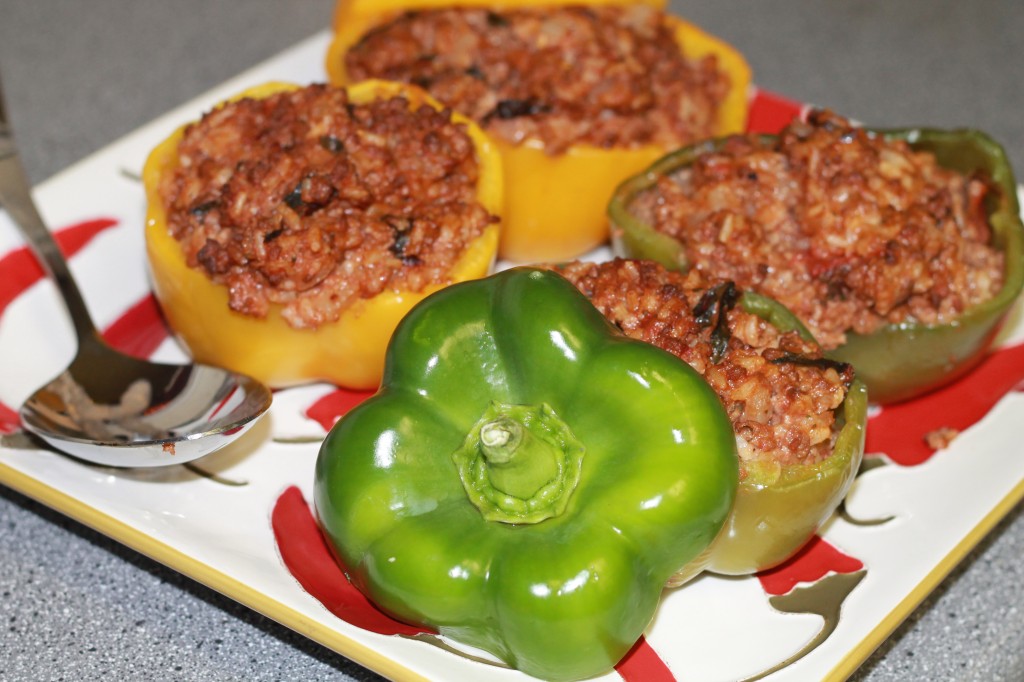 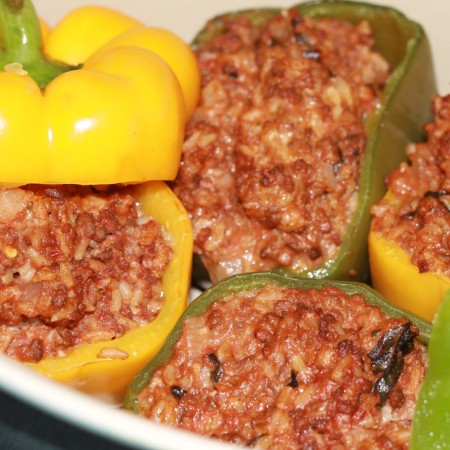 If there is any extra mixture that won't fit in the bell peppers, I place it in the baking dish around the peppers.