I know bikini season is upon us but this is one dish you will consider going to the gym a few extra times – it’s creamy, salty, rich and even has beer in it! 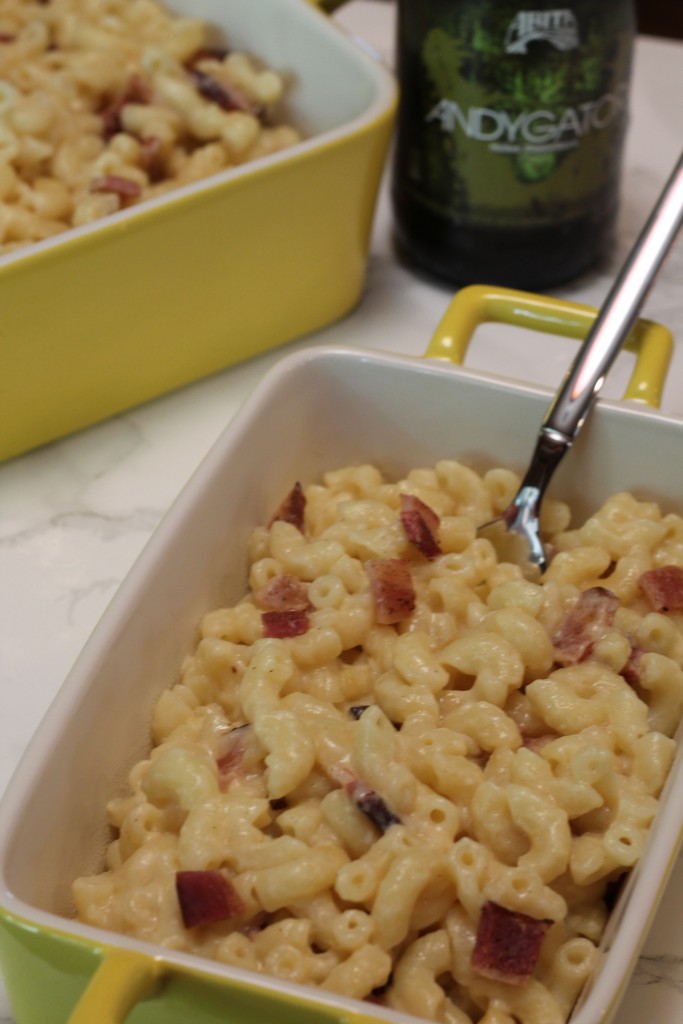 Some of you know April has been designated Beer Month by Sophia at NY Foodgasm. I have participated in this for the past couple of years creating some amazing dishes like Beer Braised Short Ribs, Beer Battered Onion Rings – the list really could go on. But I do think it’s quite funny that this year and last year’s Beer Month I have been pregnant. Go figure! Luckily that does not stop me from cooking with the beer – only drinking it. So John gets the leftover beer once I am done. Lucky dog! 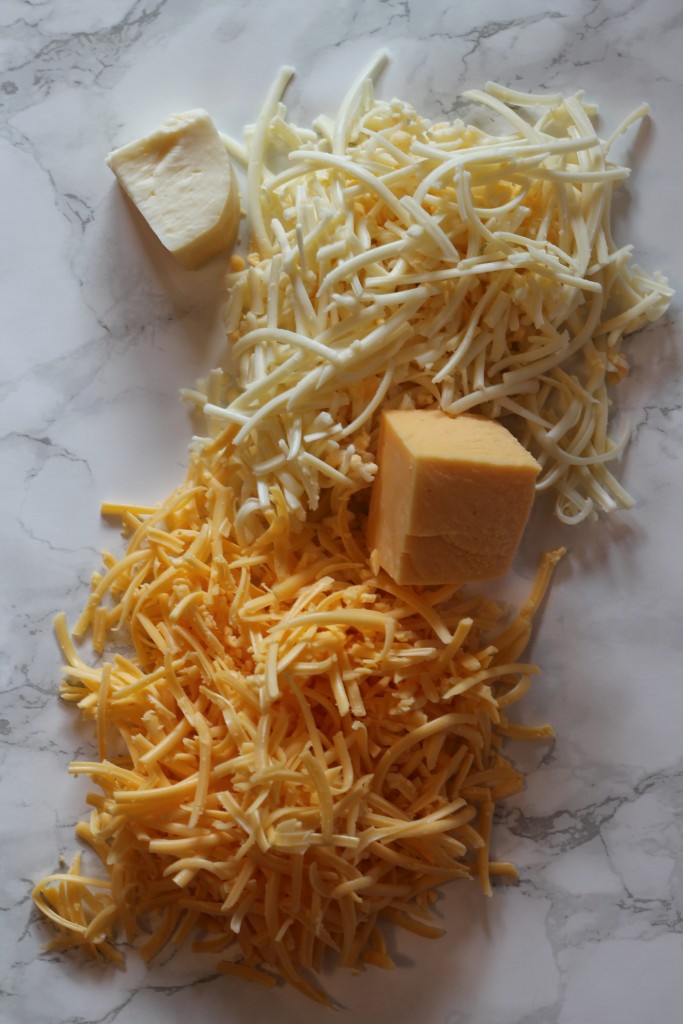 Nothing is better than adding some salty meat to mac and cheese oh wait now there is when you add beer.

I used Abita – Andygator which definitely has a distinct taste. It has a dry finish with a little sweet flavor  gives the mac and cheese the punch it deserves. It doesn’t have a subtle flavor I warn you but it cuts the salty bacon and the creamy cheeses perfectly. 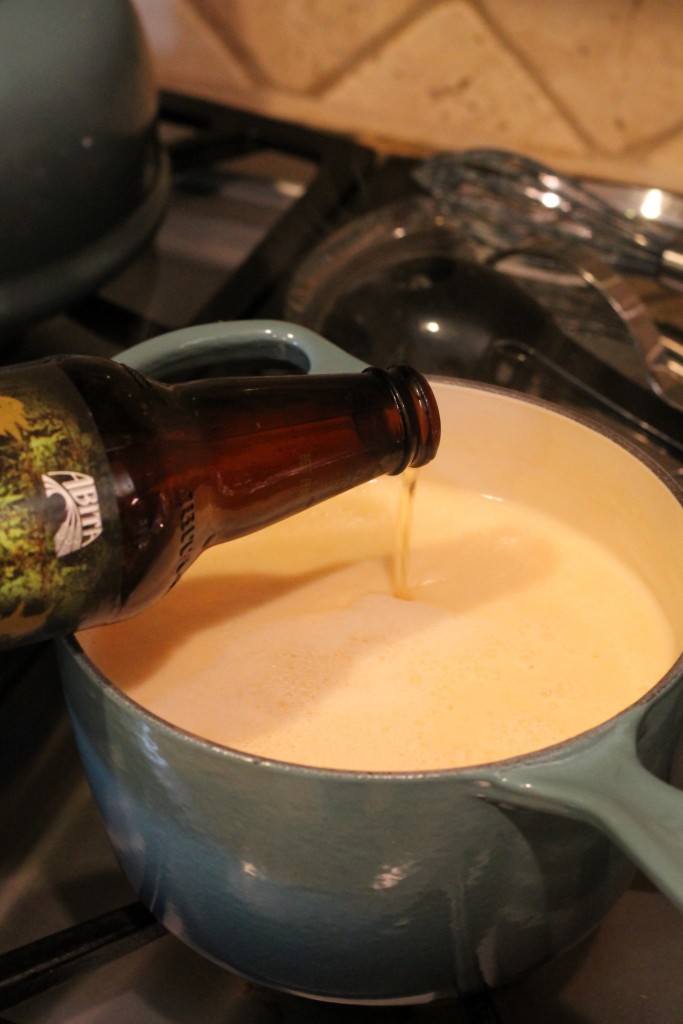 Now I love leftovers -especially now that I have an 11 month old and one on the way. But for some reason any time I make mac and cheese and have it the next day it seems the cheese sauce is no where to be found. Well that is definitely not the case for this recipe. The cheese sauce in this beer bacon mac and cheese folds into every nook and cranny of the macaroni. 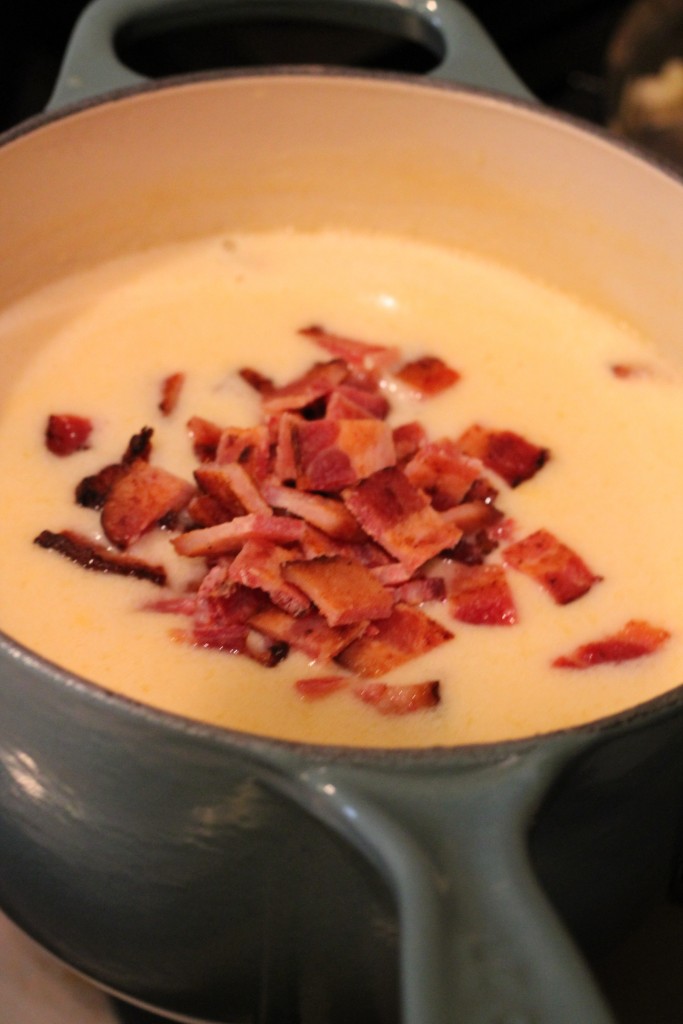 I chose American cheese and Fontiago cheese for a couple of reasons. They both are great melting cheeses, have a creaminess to them and I thought the mixture of fontina + asiago would bring the nuttiness that would pair well with a beer. So go on get a good workout before this meal, indulge in a dish you may not quit eating and then let’s be honest you might want to get in one more workout afterwards.

This dish is not for the faint at heart. 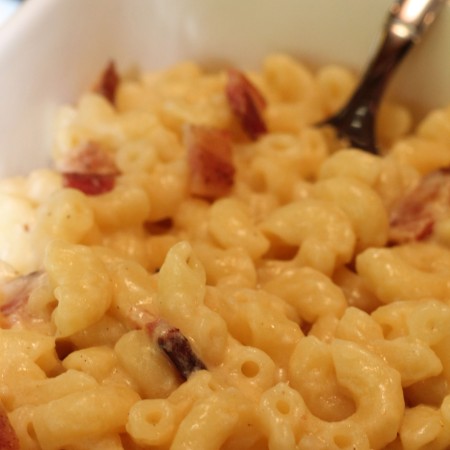 Don’t miss out on all the other Beer Month recipes!

Beer Mimosa with Raspberries from Who Needs a Cape?

Beer Braised Chicken Stew from Bowl Me Over