Caramelized Onion, Bacon and Gruyere Quiche – just the name makes me want to do a little dance thinking about it. 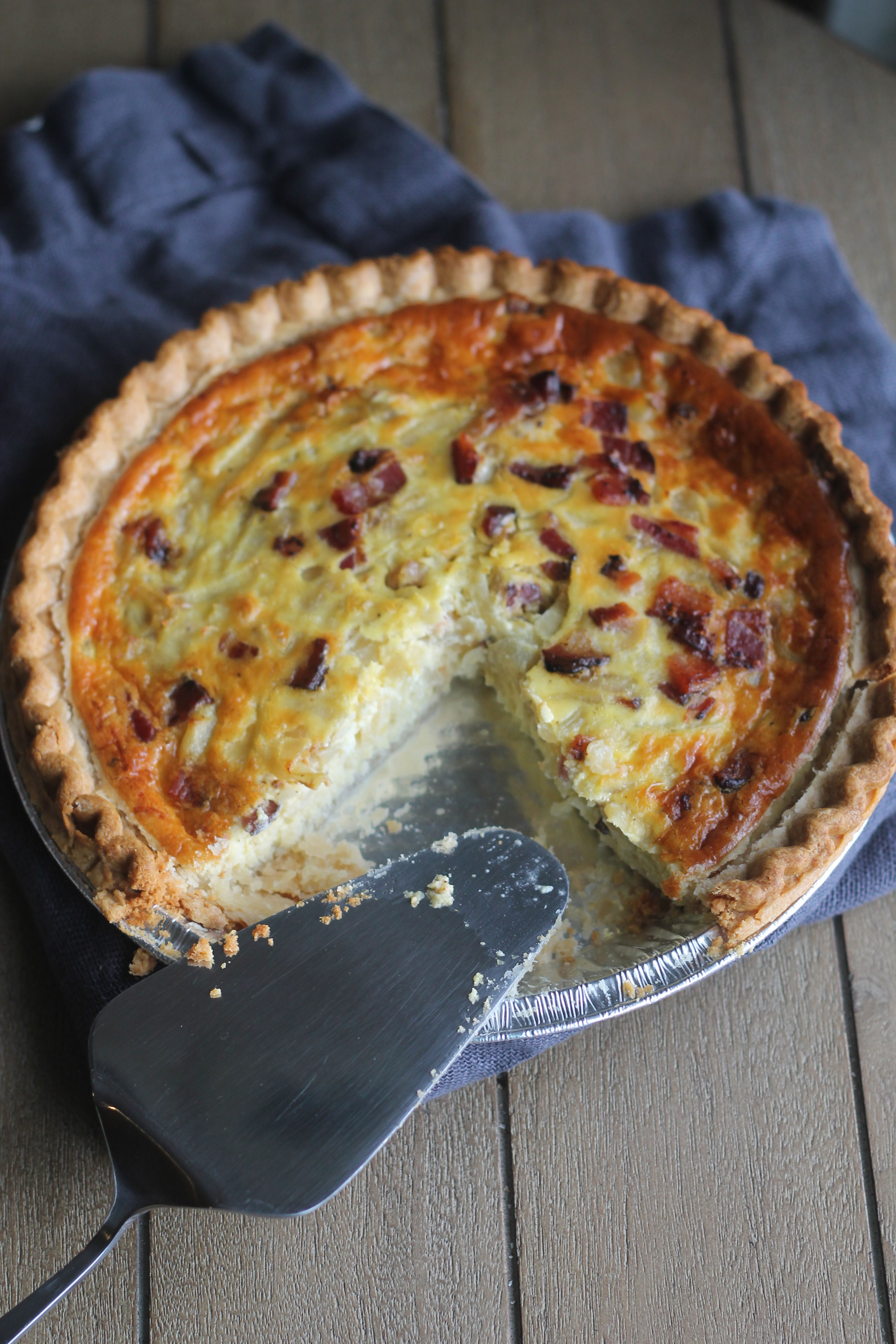 After months of all kinds of sick bugs going around our house I think it’s all downhill from here. Knock on wood. Saying a prayer of course. But with the kids out of school for 3 weeks it is getting a little crazy with me trying to work from home. Blog posts have been pushed to Friday (sometimes Saturday) because my other job takes priority. Anyone want to come babysit? I’ll pay in food!

Starting with this quiche. You can have it for breakfast, lunch, or dinner. Trust me we have had it for all three. 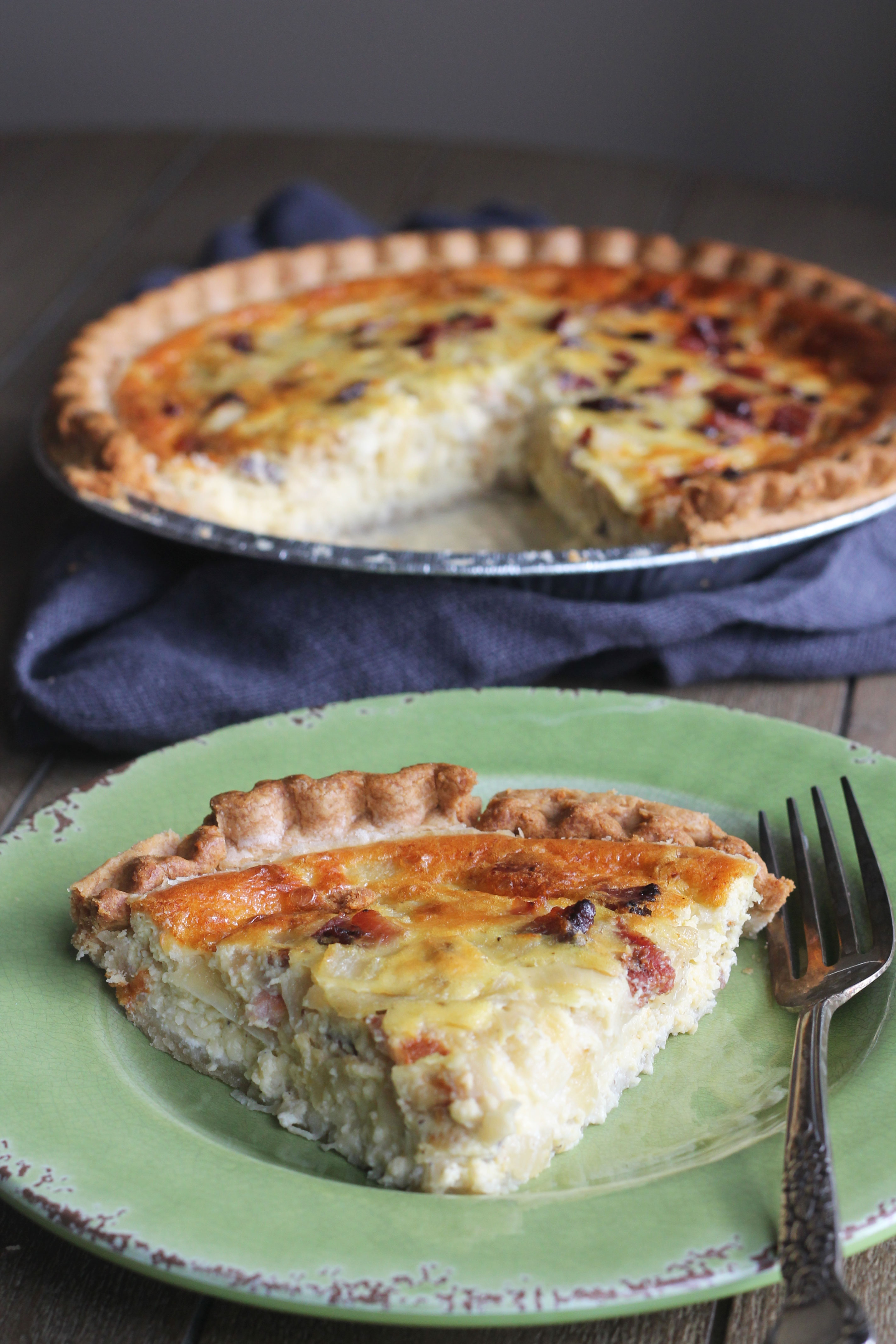 I love caramelized onions! I mean who doesn’t? I love them on salads, on sandwiches, and now in quiches!

I had this Caramelized Onion, Bacon, Gruyere Quiche for the first time when Mama and I had a little getaway to the beach last year at The Perfect Pig. This quiche was truly perfect! So you know I had to remake it. We are heading back to the beach this year with my parents and kids. I am so excited too because it will be Amelia’s first time. But one thing is for sure I am going back to get this quiche.

Now I will forewarn you this quiche is not for the faint of heart. It’s quite rich which I love but if having it for lunch or dinner a little side salad would be a nice touch. 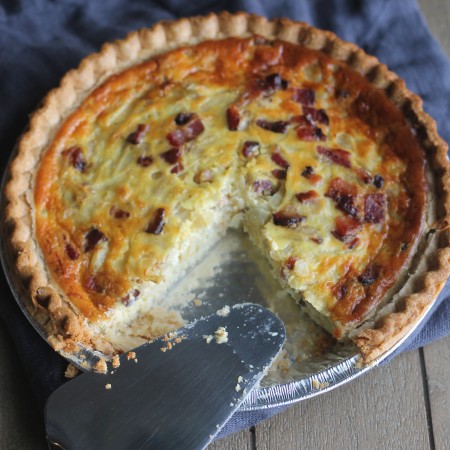 *I used the frozen store bought pie crust
**If you do not have time to caramelize onions with the above method. Add butter and olive oil to pan and saute onions over medium high heat for 15 minutes until golden brown.