This Apple Pear Crisp is the perfect dessert just in time for Thanksgiving. 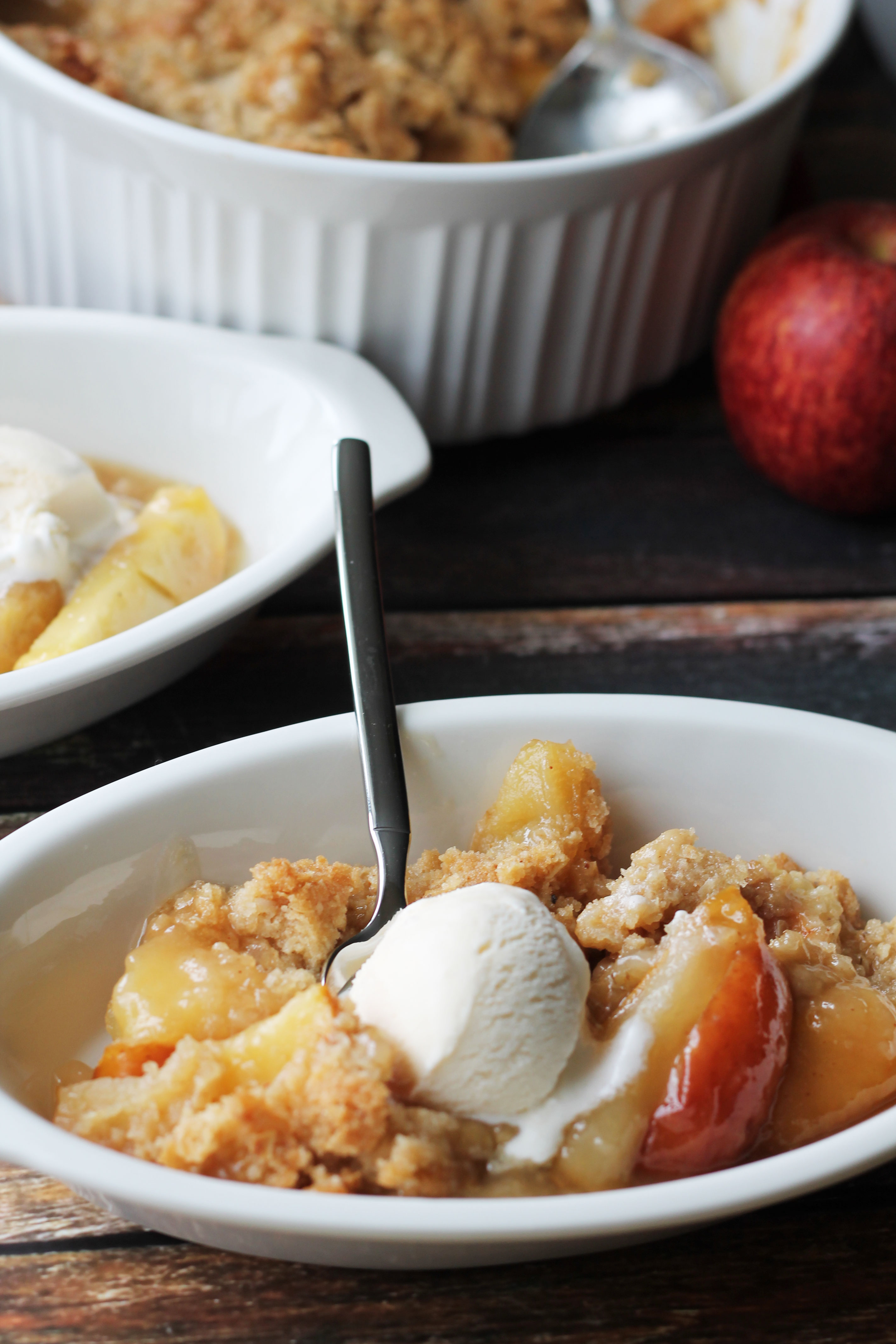 Man last Friday was Friday the 13th which normally doesn’t even register but after a week with  2 sick kids, a sick husband, me being sick off and on and having problems with my day job….I believe in Friday the 13th (well somewhat).

So to say I am ready to move on to a new week is an understatement. But since the new week is halfway over let’s talk about Thanksgiving. What do you typically make for desserts? The go to desserts in our family are apple pie, pecan pie, pumpkin pie. Well this year I am trading some of those in for this Apple Pear Crisp. 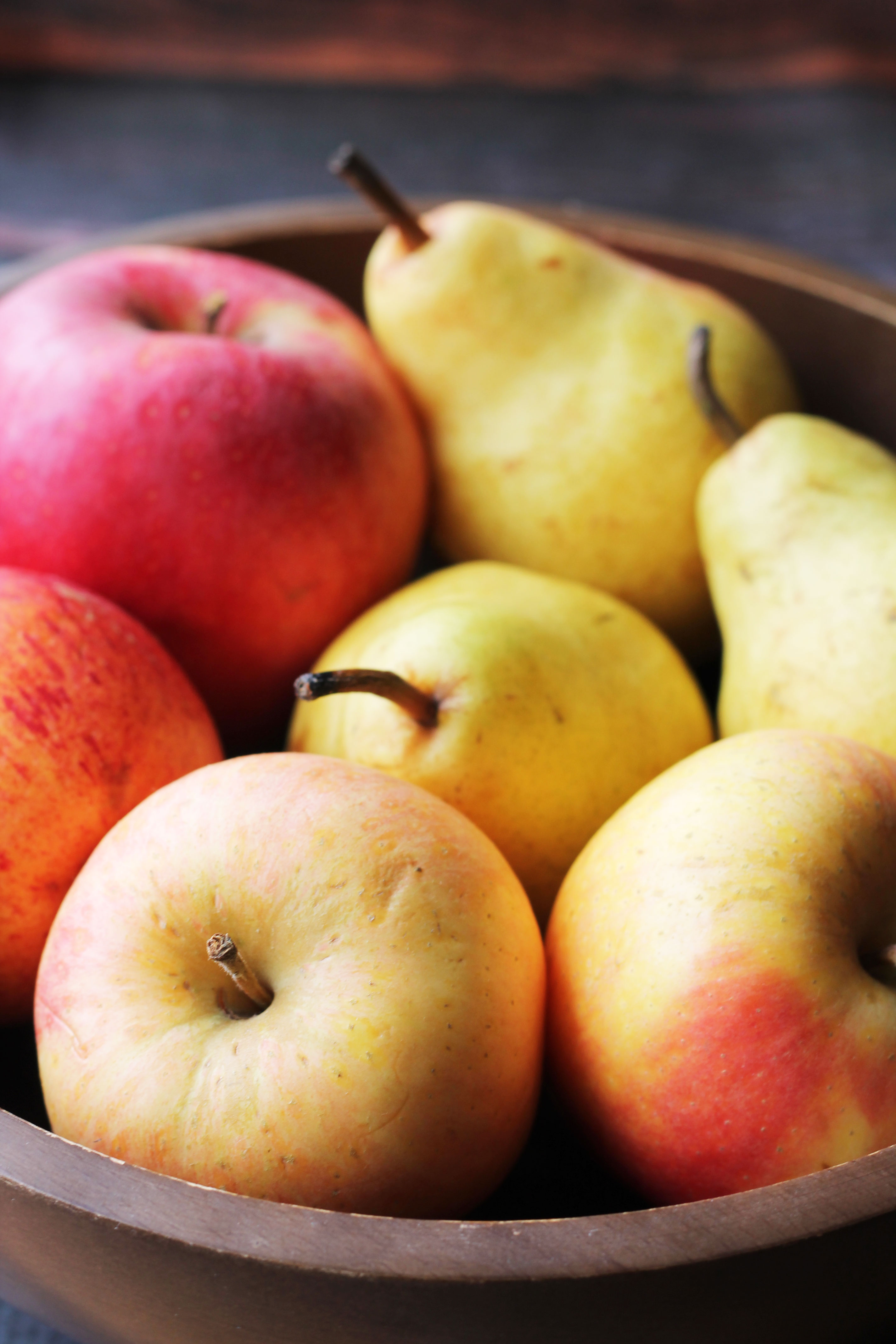 Have you ever been to an apple orchard? I have been dying to go to one! John actually put it off as long as possible when we lived in Indiana because he said it was something we should do when we have kids. He also said that about going to a pumpkin patch, but I made him do that recently. So he has no more excuses – it’s time to take your wife to pick apples. 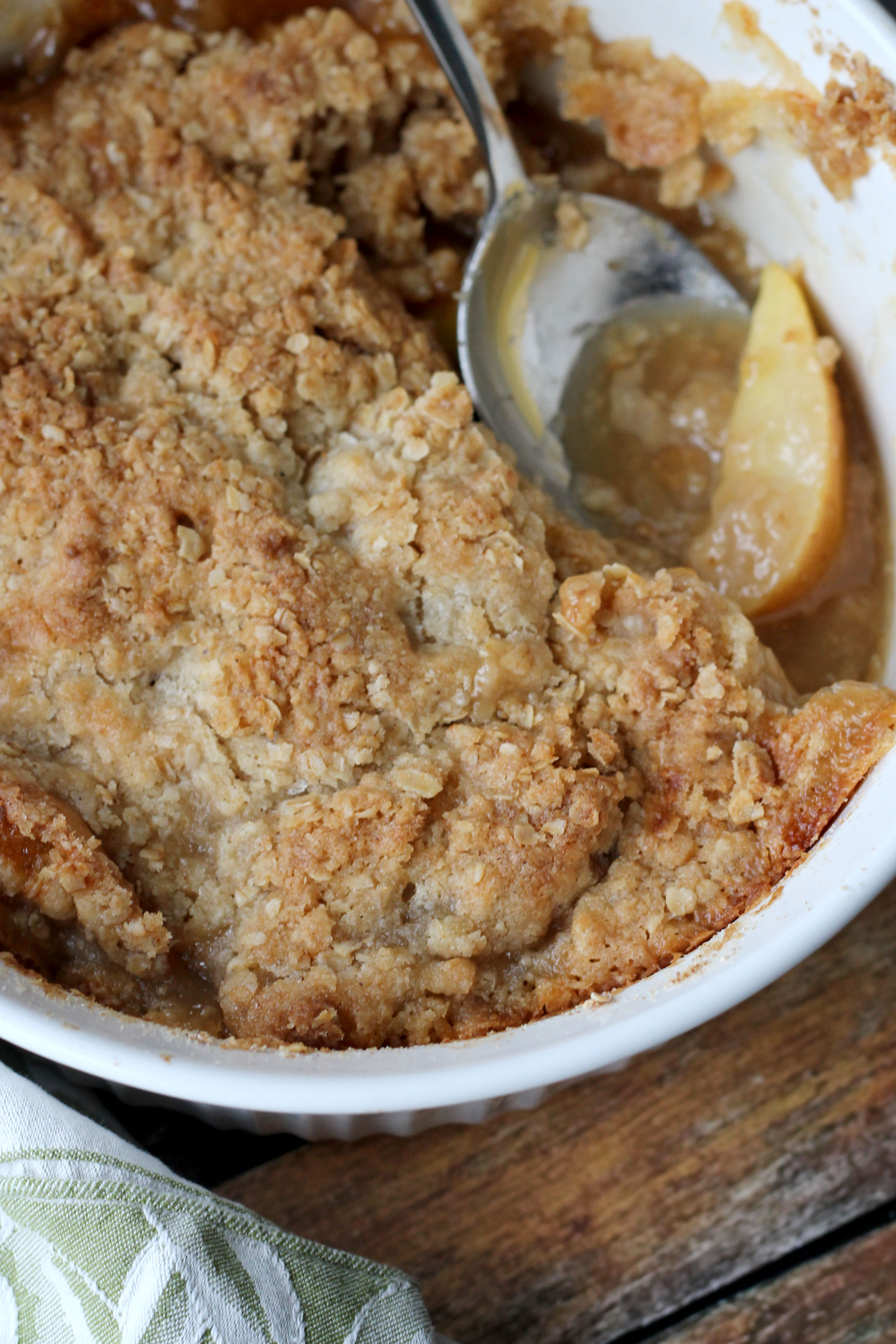 I think I might get so overwhelmed that wouldn’t be able to decide between all the Honeycrisp, Gala, Granny Smith, and McIntosh apples. And then I think of all the apple butter, apple cider doughnuts, apple pie, okay there I go rambling again. I would just have buckets and buckets of apples! 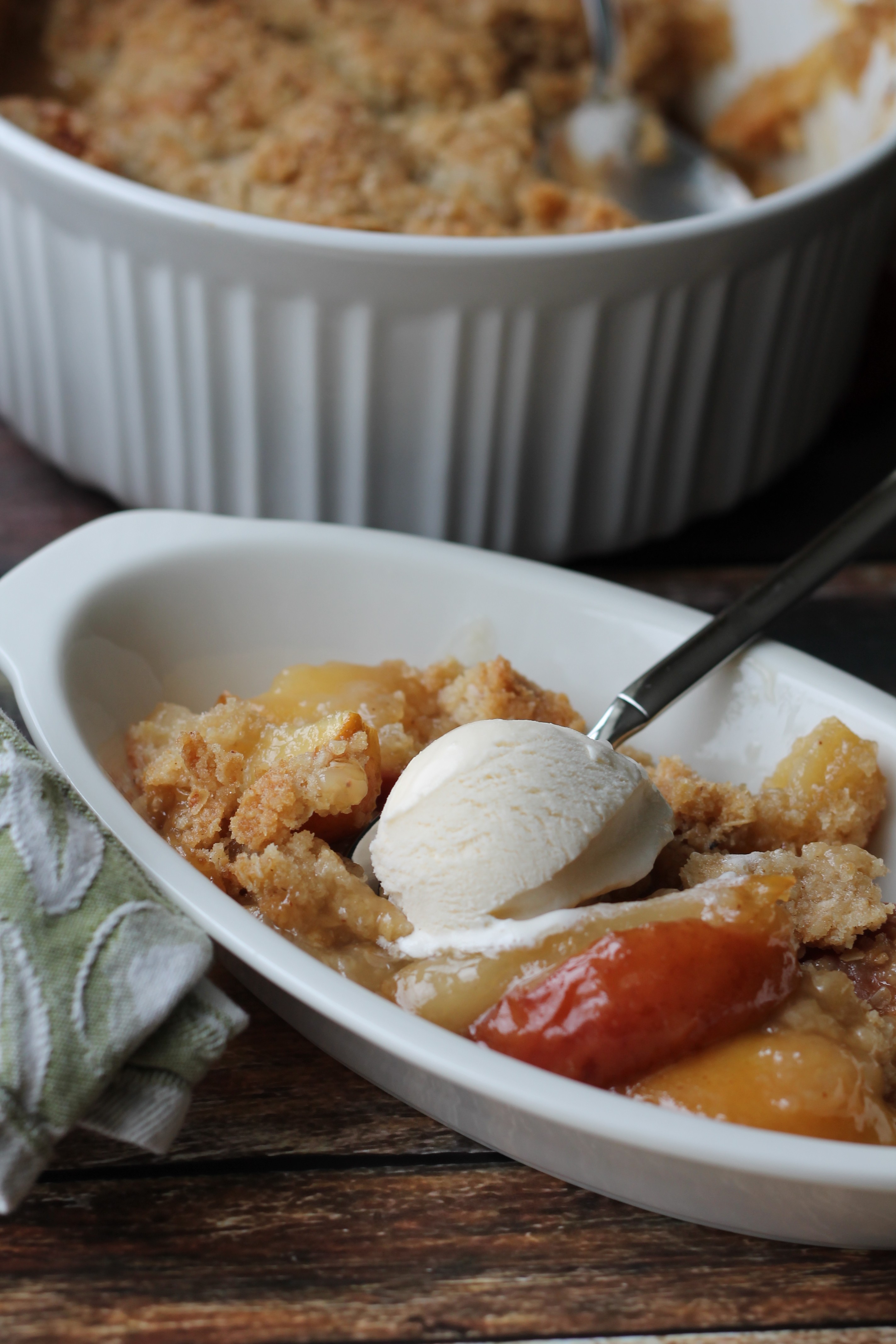 I got this idea from the combination I used in the apple cider sangria I made for my birthday. I knew instantly it needed to be a warm comforting dessert.

And this crunchy topping – well let’s just say I’m also pretty sure I could eat it in a bowl by itself. And don’t forget that scoop of vanilla ice cream. Because this apple pear crisp can’t be served without it. Well it can but why would you bother?! 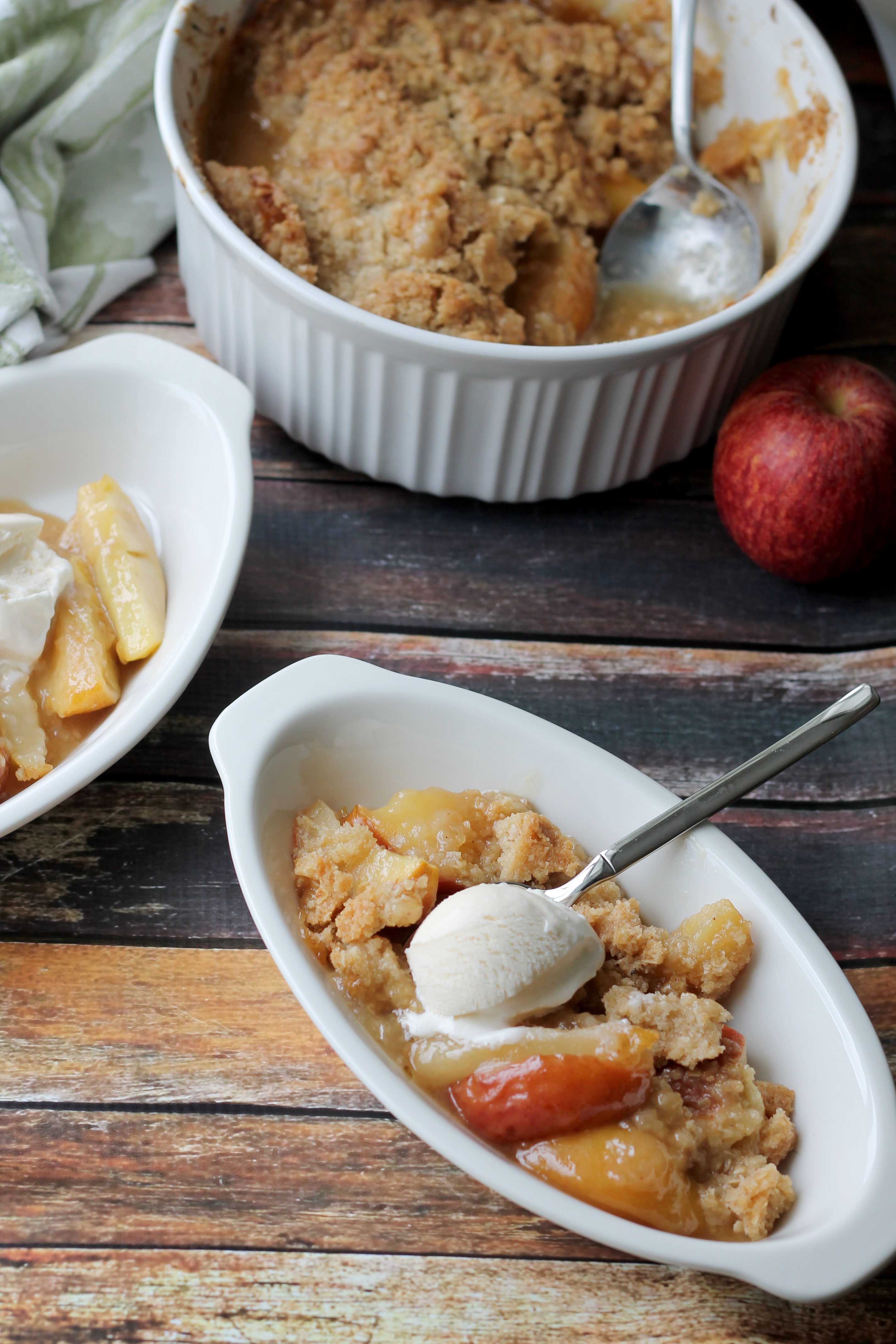 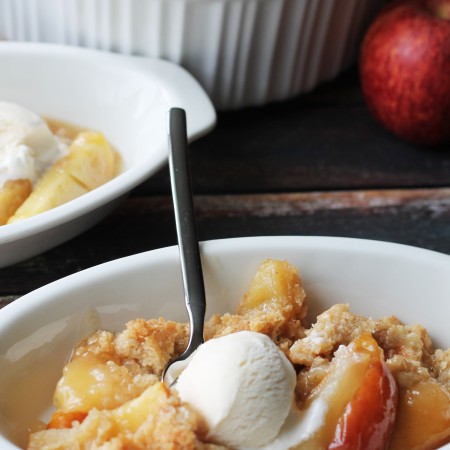 I used a combination of gala and honeycrisp apples and bartlett pears. But use your favorites!