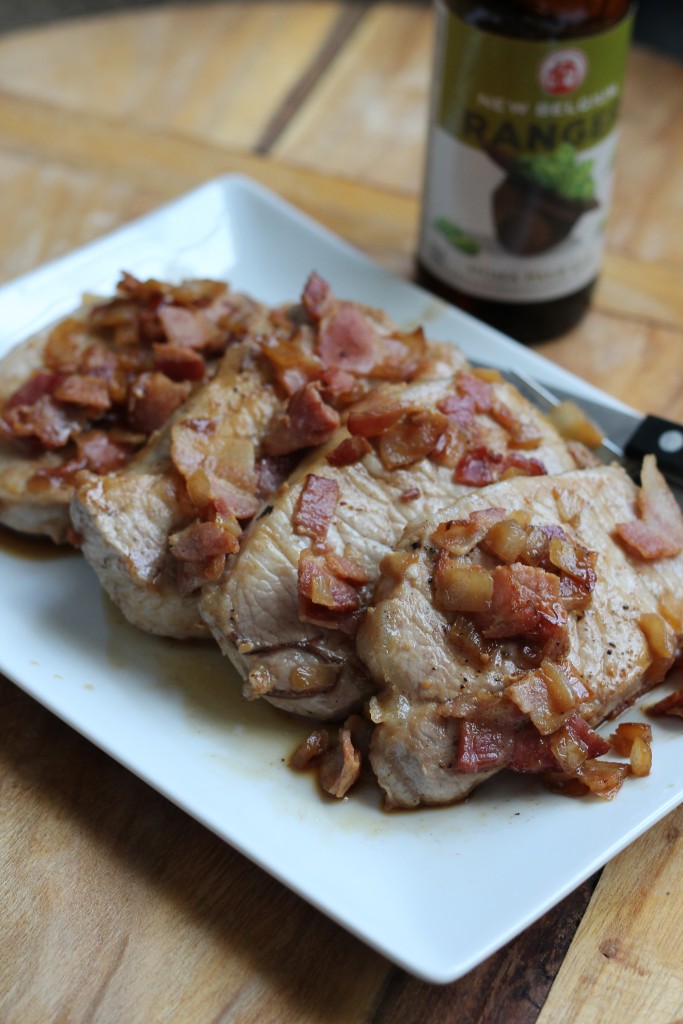 First, I have to start off this post that I dream about food way too much. Does anybody else or am I just weird? And the next thing that is funny is that I have officially rubbed off on two of mine and John’s close friends (aka my children that I claim in Indy) – William and Josh. They take pictures of food all the time and send them to me. Last night one of them sent me a picture of their dinner and gave a noteworthy description. 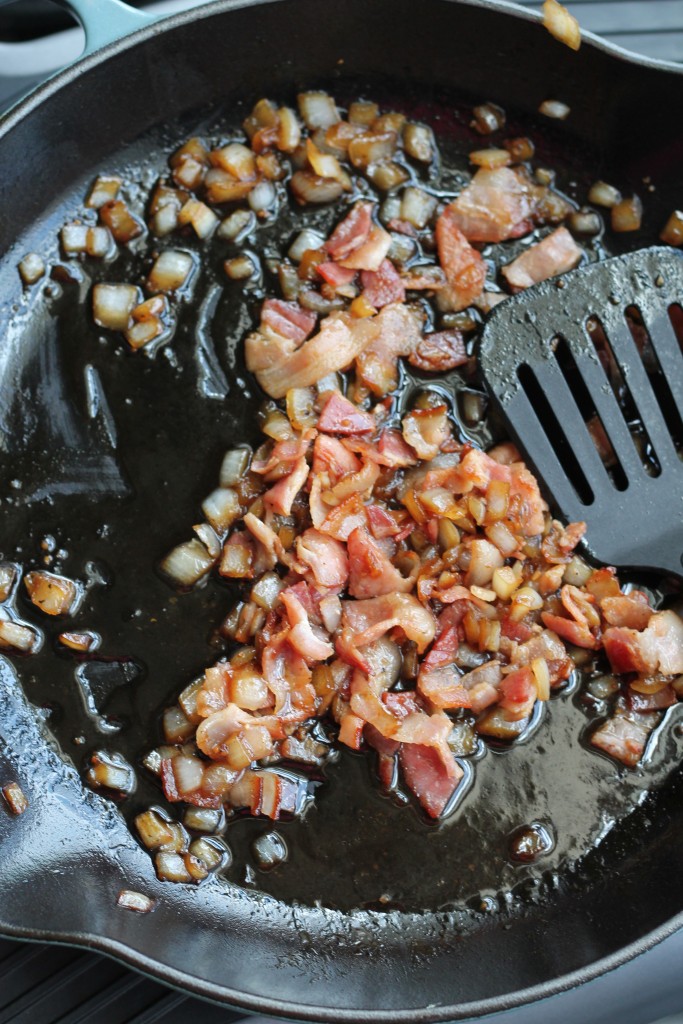 But back to the real reason you came today this OMG kind of dish!! Like I have said before I rarely cook with pork but this dish has quickly become one of my favorites. As you all know John is the griller, fryer, and meat aficionado of the family but after he had this dish he said he was worried I was trying to take away his meat title.

For my 2nd Beer Month recipe I wanted to do another meat dish. 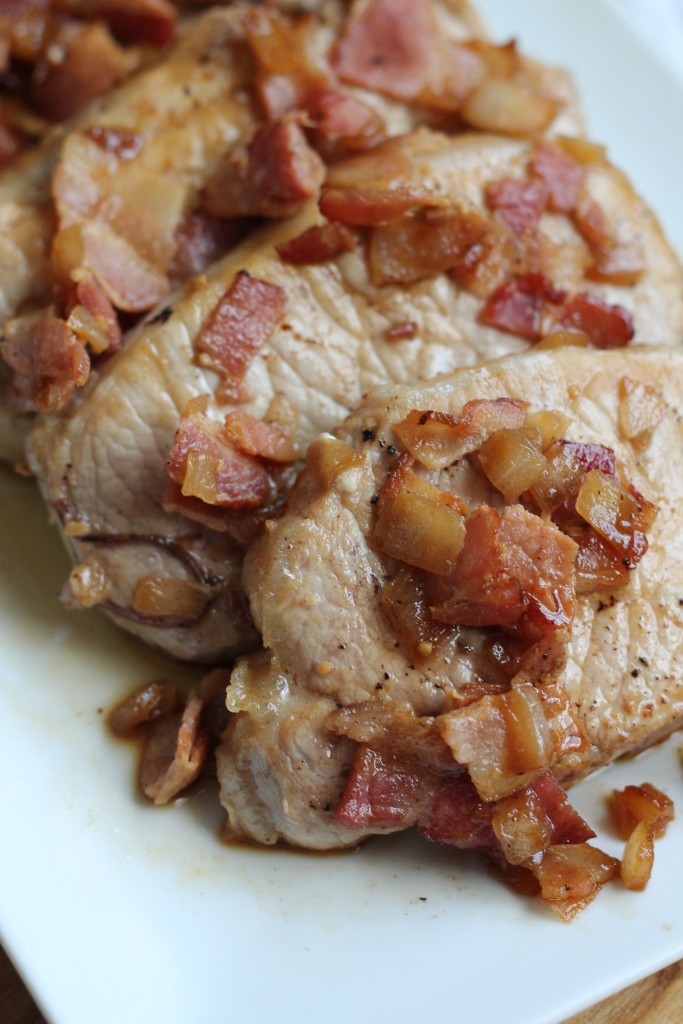 These mouthwatering pork chops were marinated in Ranger beer to soak up some of the citrus notes from the beer. I knew I wanted to pair it with some kind of chutney or relish and after some reasearch I decided on making my own by combining the beer, bacon and onion.

I realize that this beer can seem a little bitter at first but I also started finding hints of the caramel malts I had heard about. I found this beer to be a nice compliment to the pork. If you can’t find Ranger IPA I suggest using a Sam Adams Octoberfest because it still has a hearty flavor and a touch of bitterness I feel works well with the relish. 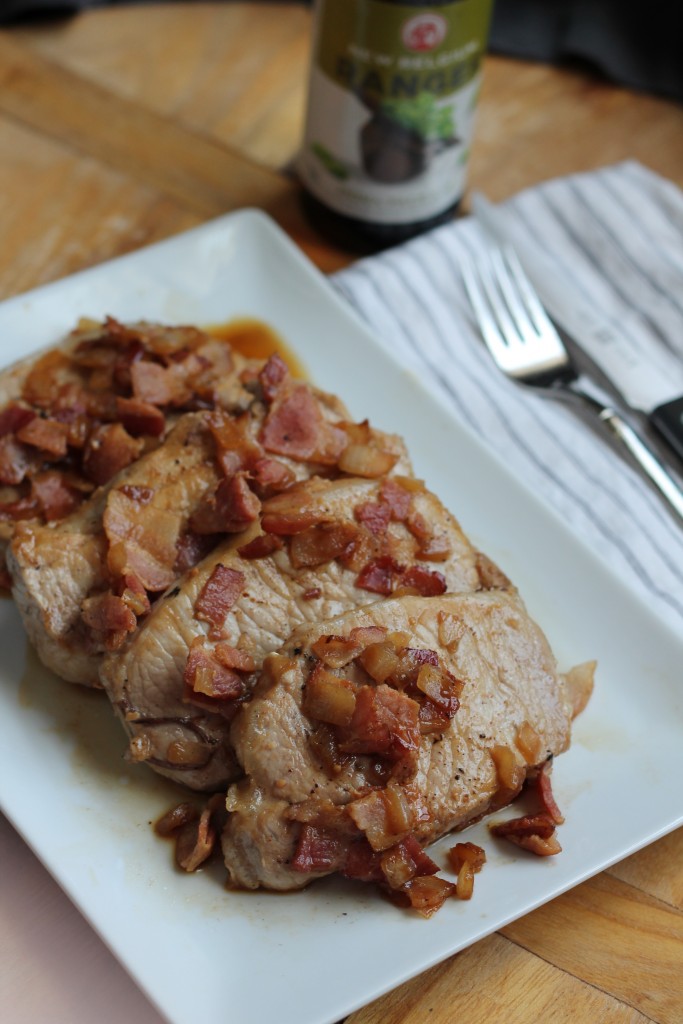 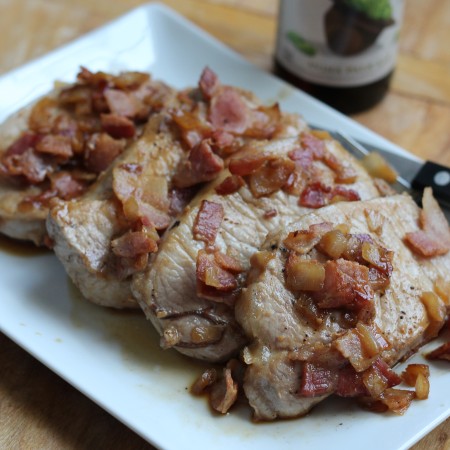 If you missed the first recipe for Beer Month don’t foreget to check it out: Blue Moon Pulled Pork