Your favorite comfort food (aka LASAGNA) can now be made in the slow cooker – and now has a Mexican twist to it. 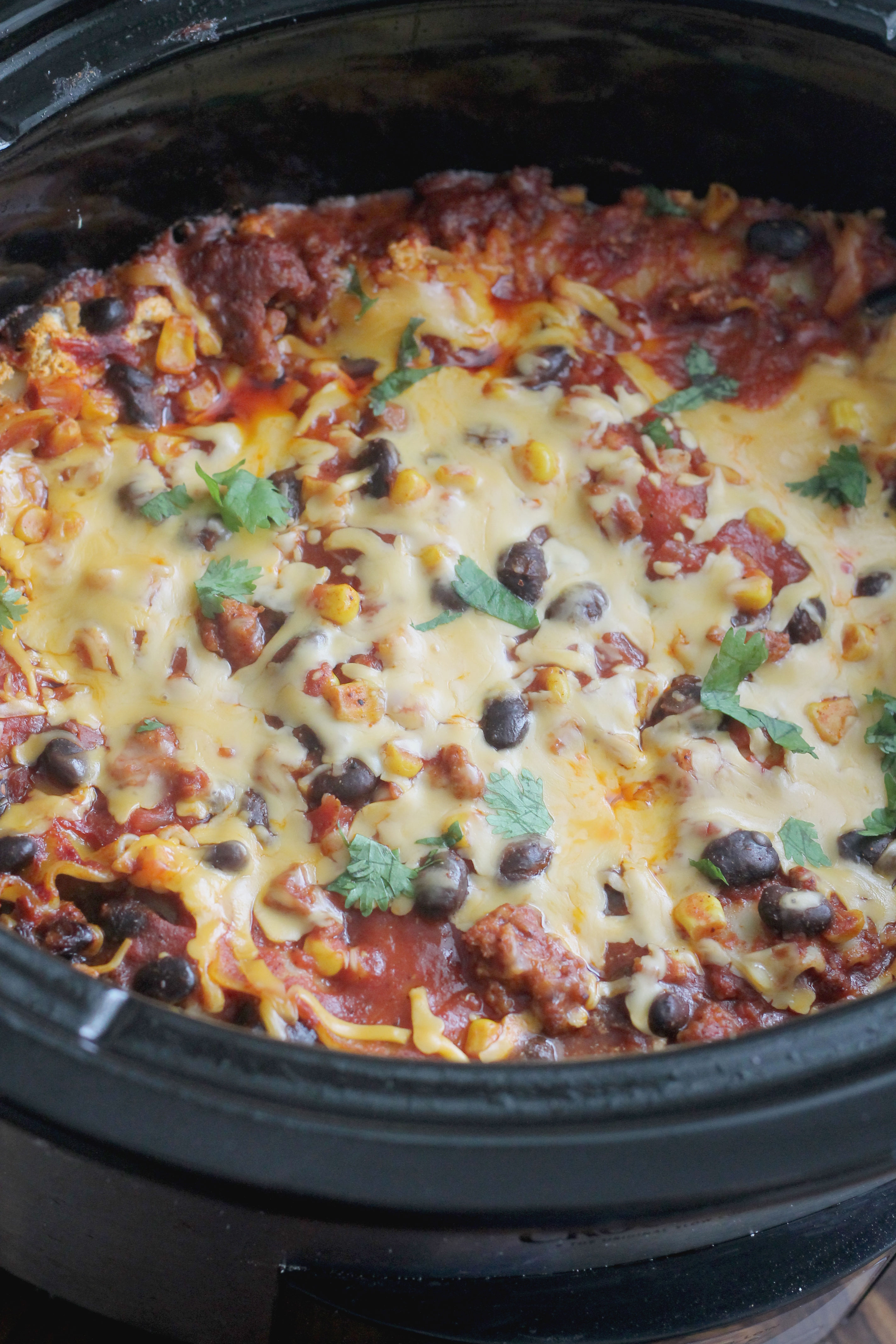 Well I am in the home stretch of my busy season at work. So hopefully by March 1 I will be back in the regular groove of Monday menus and Thursday recipes. No promises though remember I do have two under the age of 3 who stay sick it feels like every few weeks. But with the constant chaos in life my slow cooker has become a good friend.

Back in September I told my friend Lauren that I would post this Slow Cooker Mexican Lasagna recipe. I also then realized my last two pasta recipes were lasagna recipes so I knew I needed to spread it out just a little. 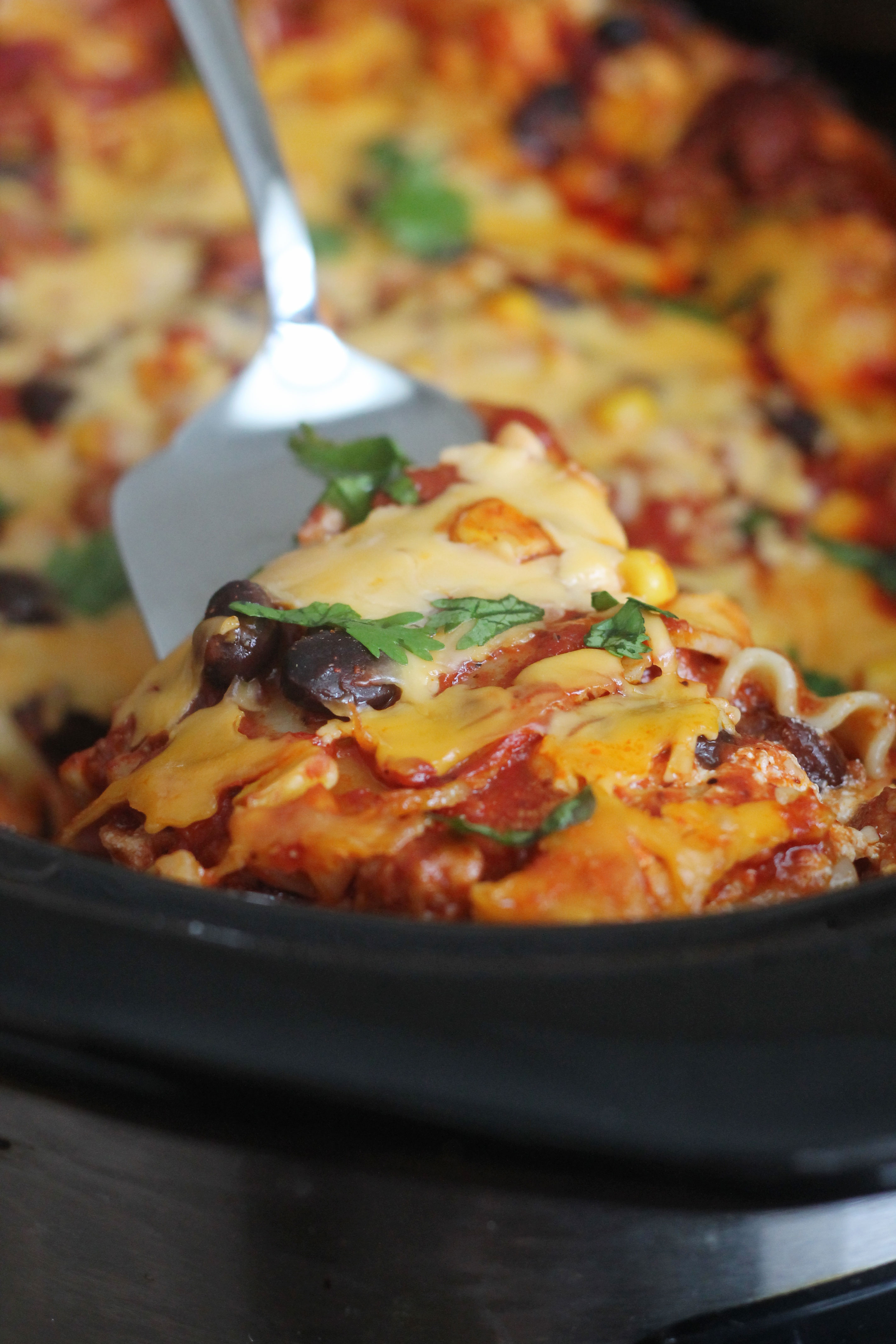 I can’t believe we woke up with the weather at 37 degrees and within a matter of hours it got up to 68 degrees. Either way it doesn’t matter if it’s summer, spring, fall, or winter I can always find a time to eat lasagna.

This lasagna is filled with chorizo, enchilada red sauce, black beans, corn, and of course a ton of cheese. I actually ate Mexican Lasagna for the first time when we were living up in Indy. My favorite farmers market had one stand that sold all kinds of lasagnas and this one was my favorite. Years later and a move back to the South I finally had to make it myself. 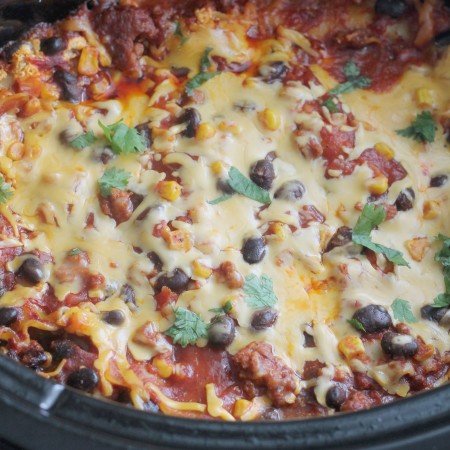