If you haven’t noticed I have declared June National Pie Month on Hall Nesting. 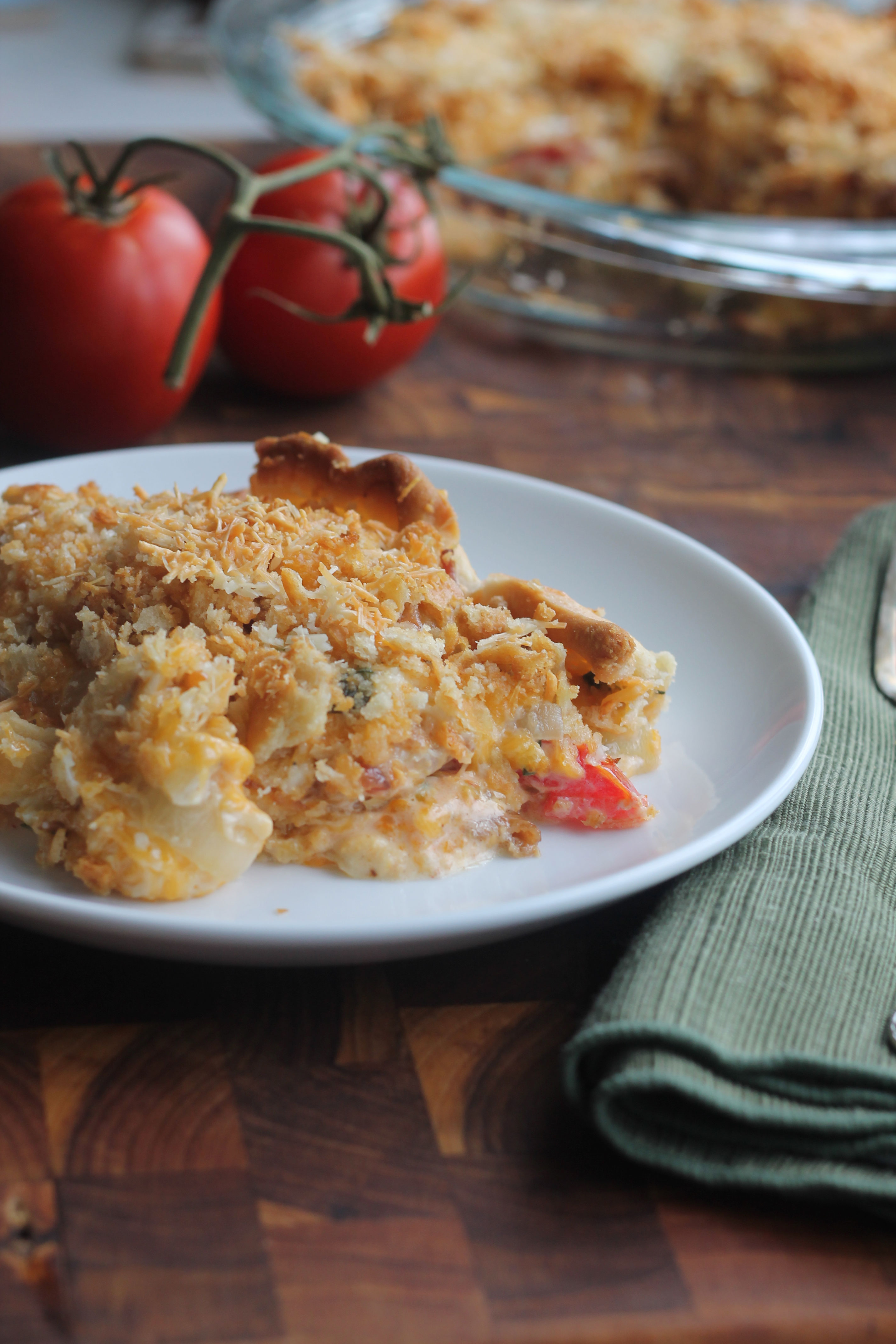 Technically National Pie Month was 4 months ago in February, but really who’s keeping track? We started with Cherry Hand Pies and then next week I was going to share a Vodka Sauce and Sausage Pizza. But with 4th of July around the corner I thought you might need a picnic side like Broccoli Salad. So I guess pie month will run into July. You don’t mind do you?

I thought my life had finally slowed down with all the busyness. And then the shenanigans of a 2 year old happened last week. 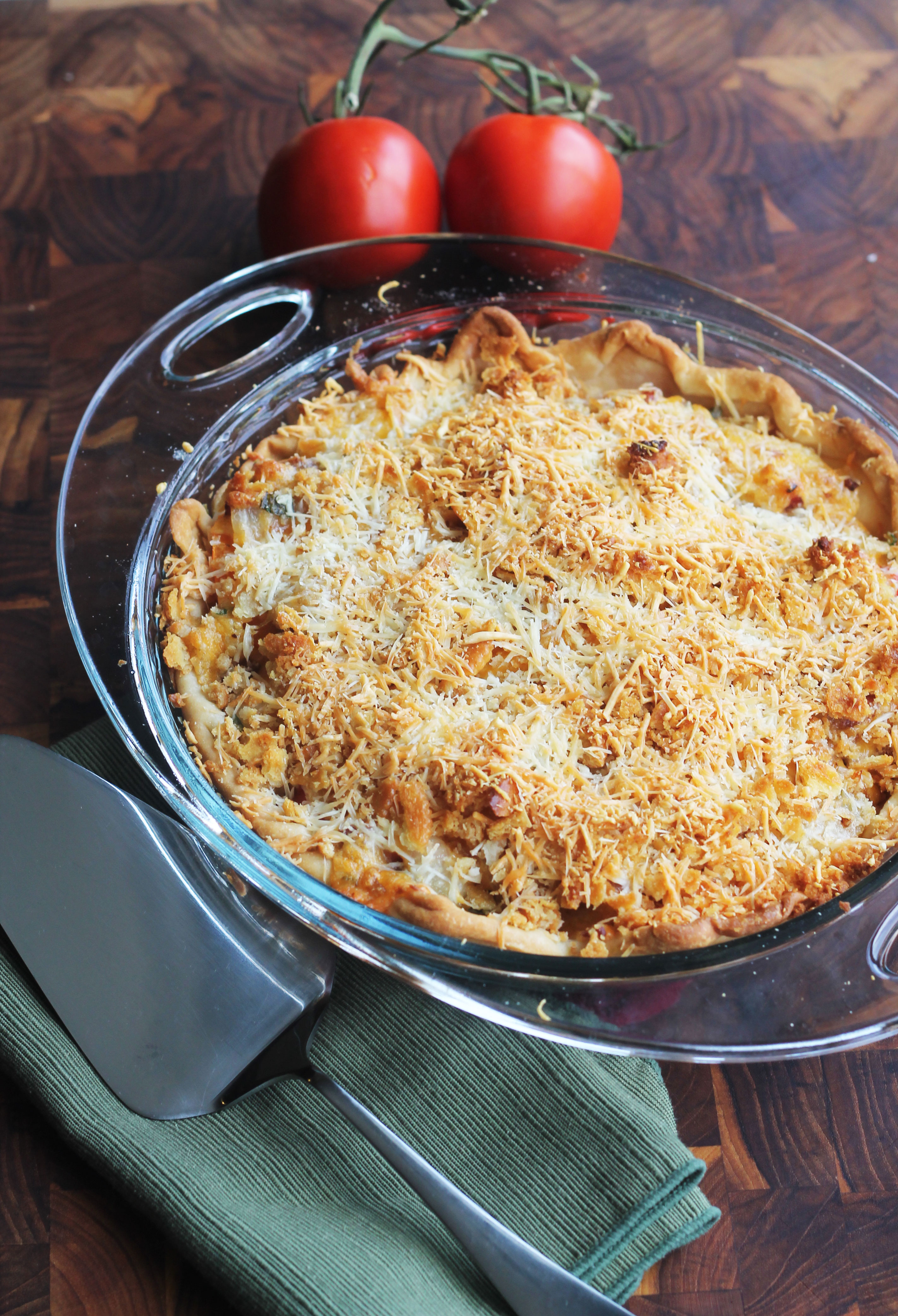 So since pies have been on the brain lately I think it’s about darn time I start making pie crust from scratch. Don’t you? What’s your favorite kind of pie? I have been wanting to make Derby Pie and Sugar Cream Pie…add those to all the dishes on my “to cook” list. But lately I have been craving savory pies – not your traditional Chicken Pot Pie or Shepherd’s Pie but one using some fresh summer produce like tomatoes!

Can you believe I actually had never had this classic Southern dish? Apparently Tomato Pies are a staple – kind of like sweet tea and grits. I got the urge to cook it when John’s Aunt Brenda bought me a great Southern cookbook. But you know me and following recipes. I decided to add my own twist with caramelized onions, bacon, and lots of cheese. I think this could take a blue ribbon at a state fair if you get my drift. You might want a couch nearby after you have a slice though – we are talking full food coma – but oh so worth it! 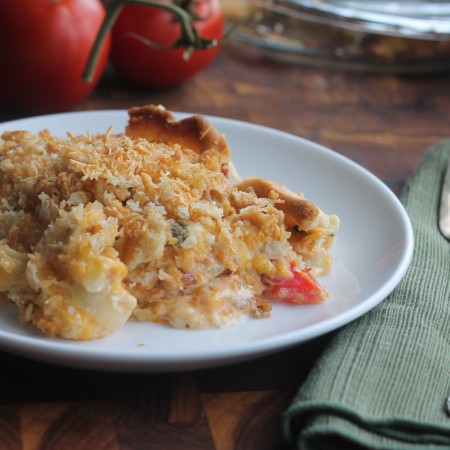 Recipe Card
5 from 2 votes
love it? rate it!